Freddi you are Six

Our little cheeky chops. How can my tiny baby be six!
You are now in year was one one at school and you have joined James in scouting by joining beavers!
Have the best day sweetheart
Mummy

James you are nine!

Jamesy Bug today you are nine years old! Only one more year and its double digets!

This last year hasn't been the easiest for you especially with the covid pandemic, the lock downs and of course missing so much school, and Cubs being on zoom. But you have taken it all I you stride and come out the other side.

You are an awesome little dude and we all love you so much! Freddie absolutely worships the ground you walk on even if you do get a little annoyed with him!

You will be in year five when you go back to school in a few weeks and it's crazy to think you only have two years left in primary school,

Have the best day our little spiderman 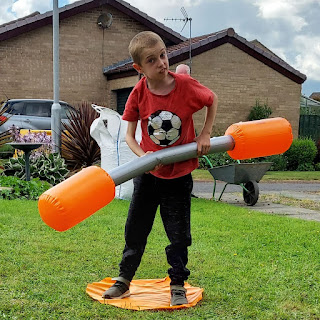 Posted by Victoria Hockley at Thursday, August 26, 2021 No comments:

I love tea! Yep I love a good cup of Tea and normally have at least three before I take the kids to school on a morning. So when Victoria Mae Designs were looking for brand ambassadors I applied!

This is the first review out of three for the gift sets I was sent in my first Brand Ambassador box! The second and third will be coming over the next few weeks! 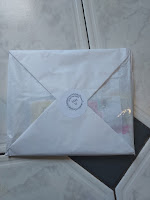 The first set I am going to review is the Teacher tea set. This set is the eight tea bag set and is priced at £7.70, with no gift wrap. However you can add either a paper gift bag or a little box making the price £8.10 and £8.50.

I love the way this comes presented in the tissue paper, so it wouldn't really need anything added to it when gifting it to your child's teacher.

As it is getting near to the end of the summer term, this would be an ideal gift for your child's teacher or teachers! I know that most mornings I see the teachers on our school doors holding a cuppa while welcoming the children in for the day.
I love all the teacher quotes on the little tea packets! I know that my own sons teachers would love something like this! 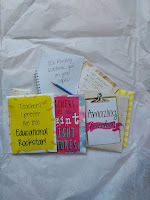 These are some of my favourites of the bags we received. I know that both my sons will love picking out some of these to gift to their teachers!

I have a fantastic 10% discount code for you. Simply enter victoriahockley at checkout for 10% off each product!

**I am part of the Brand Ambassador Team, so was sent this set free of charge to review. Links are affiliated**

Posted by Victoria Hockley at Monday, June 28, 2021 No comments: 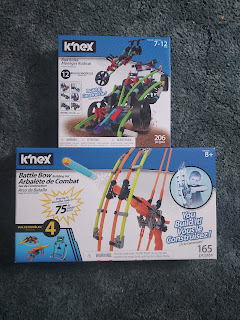 James is one of those boys that loves to build models, no matter what it is out of! So when we got the chance to take part in the Great K'nex event we jumped at the chance!

For this review James was sent K'nex Rad Rides £13 and K'nex Battle Bow £24.99. He was thrilled when he saw the Battle Bow set as he had recently done an archery session with his Cubs and he had been asking for an archery set for his birthday (its not till August!)

The first set we built was the Rad Rides. Mummy had wanted to do the Battle Bow, but James wanted to do that one when he had his teacher training day from school! The Rad Rides set contains over 200 pieces and the pieces and be mixed to make up to 12 different vehicles. 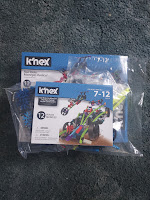 First thing we did was decide which of the cars we were going to build. The kit consists of two bags of parts and a instruction booklet. This kit is aimed at 7 to 12 year olds, James is almost 9, so he is in middle of the age bracket!
You are given instructions for one of the twelve models, with a code to log onto the K'nex website for instructions for other eleven. After looking at the designs, James decided he wanted to build the three wheeler car from the website. 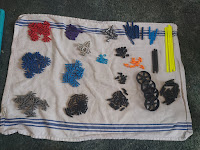 The first thing we need to do was open the packand separate all the parts. James delegated this job to mummy while he had an after school snack! When ever we are building any models we use a white tea towel to place all the parts on, as we have quite a dark carpet and we didn't want to loose any of the small parts, especially the black ones!
At first we thought we were going okay as we got the first bit built, we then realised that the instructions had some bits coloured wrong, so we had to look at the shape instead of the colour. 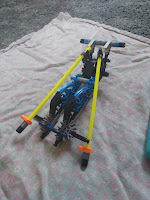 The next bit that we found a bit tricky, was attaching the little orange bits that were clipped onto the yellow bits, James had tonshout for daddy at this point as mummy was getting a bit annoyed with it. Luckily once we had a fresh set of eyes look at it, we knew what we were doing and we got it all clipped into the right place!
Even thought we had a few issues with the build it was so much fun! It was nice to spend some one on one time with James doing something that he enjoyed without Freddie trying to help! 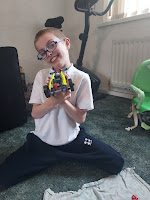 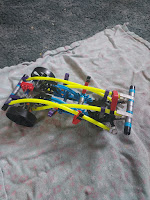 K'nex Battle Bow
Next it was onto the Battle Bow set. We decided to do this on the day James has a teacher training day from school, as it would give us more time to make it and for James to enjoy it, rather than rushing because we had other stuff on.
This set was so much fun to build and we actually found it much easier than the Rad Ride! We literally had this built in around half an hour. 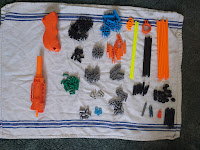 Again like the Rad Rides, the first thing we did was separate all of the parts and checked against the instructions to make sure everything was there!
Once we had all the parts sorted out, the instructions were pretty easy to follow. There was a couple of instances where the colour was marked wrong, ie parts were green but instructions said they were black, but over all that didn't really make a difference it was still really easy and quick to build!
As you can see from the pictures below, the bow took shape pretty quickly. It really did take us less than half an hour to build, even with Freddie sat on the sofa offering his opinion on how we should build it every few minutes! 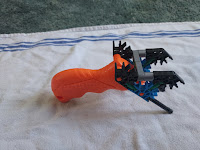 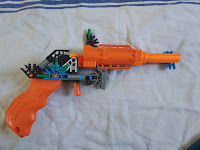 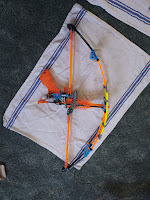 **We were sent these kits free of charge in exchange for this review, all words and pictures are our own**

Wow I didn't realise how behind I had got in my blogging thanks to lockdown and then Easter holidays! So here are my siblings pictures of James and Freddie from March to May! 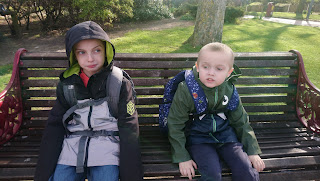 This picture was taken when we went to South Marine Park in South Shields. 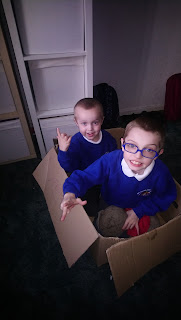 This was taken one morning before school 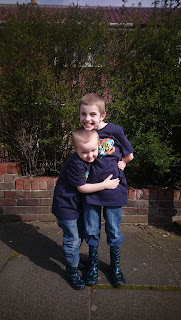 This was taken on mummy's birthday while waiting for nana and gaga to arrive!
Hopefully I won't get behind again!

Posted by Victoria Hockley at Wednesday, May 26, 2021 No comments:

And so its February and another month in lockdown three! And its half term so stuck at home with nothing to do except catch up on school work!

This months pictures were taken when we had snow for four days! 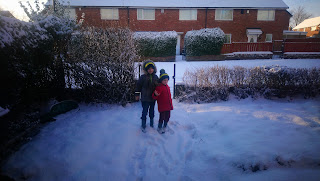 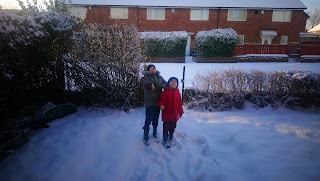 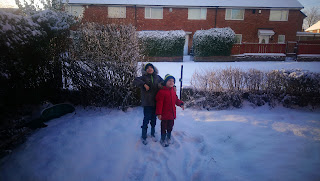 Posted by Victoria Hockley at Wednesday, February 17, 2021 No comments:

Welcome to the first post of Living Arrows 2021. This is the fourth year I have taken part in this linky and I love taking part each week! If you haven't heard of the linky before, This was set up by Donna at What the Redhead Said and the name comes from the poem by Kahlil Gibran "You are the bows from which your children as living arrows are sent forth"

Each week I share one photograph of James and one of Freddie and share what they have been up to.
This week we had snow! And lots of it! Boys didn't really like it though as it was too soft to build a snowman 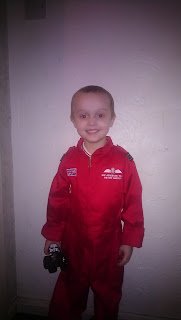 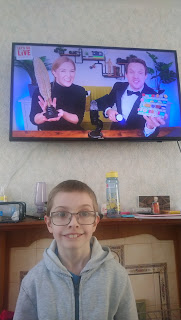 Posted by Victoria Hockley at Monday, February 15, 2021 No comments: