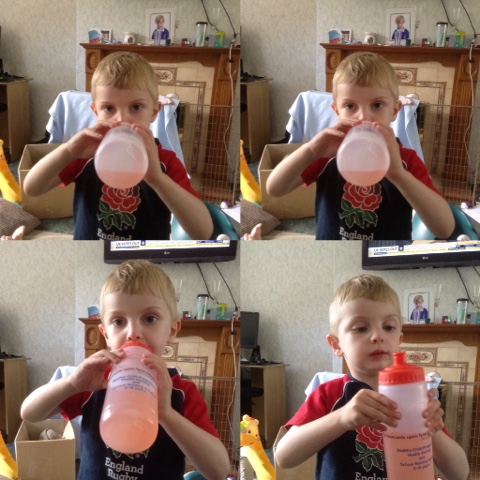 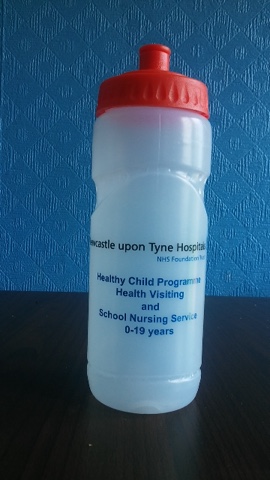 This post is an entry for BritMums #EnjoyMoreWater Challenge, sponsored by Robinsons
Posted by Victoria Hockley at Monday, June 27, 2016 1 comment:

Freddie Bear how can you be seven months old!
You are now in size four nappies. I haven't had you weighed at baby clinic for a few weeks as I haven't been able to get an appointment, but we got the scales out at fun, play and learn last week and you were 17lbs 5oz! You are in all 6-9 clothing with the odd 9-12 top thrown in from primark! You seem to be a size ahead in their clothing! You love your food and are eating three meals a day. You are still having five bottles most days but only having 5oz instead of 7oz.
You can sit unaided for a few minutes till you get distracted and topple over. You have also discovered rolling from your back to your tummy! Now everytime you are put on your back you flip over, it makes dressing you and changin your nappy very challenging! You can also move yourself around in a circle on your mat or a blanket. You love your baby gym and your infant to toddler rocking chair the most.
This month you have finally moved into your big boy cot in your very own room! The first night you woke at 0230am, so came in with mummy & daddy. The second night you woke up at 0430am and again came in with us. But the third night you slept from half past eight till half past six! Mummy and daddy are so proud of you!
You experienced the swings at the park for the first time. You were not impressed with the big swings, but you loved the basket swing! You loved it even more when you got to swing on your big brothers knee!
Your favourite person is definitely your big brother! You save all your best smiles for James! You can never take your eyes off him.
You love going to our baby groups and are really taking an interest in playing with the other babies!
You have been to two fairs and slept through most of both! You are not liking your stroller one bit as you can't see mummy to chat with!  So I think we will be sticking with the pram for a while longer!
Love you always my little bear
Mummy xxx 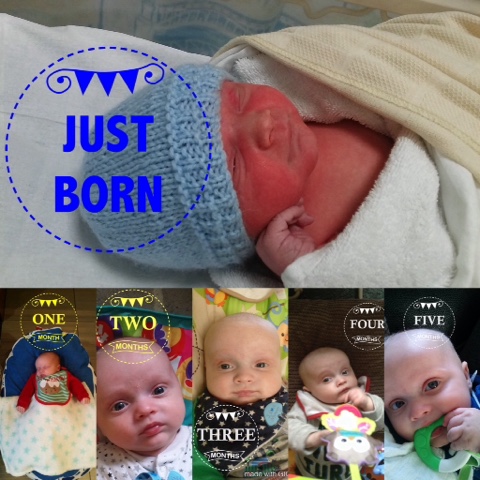 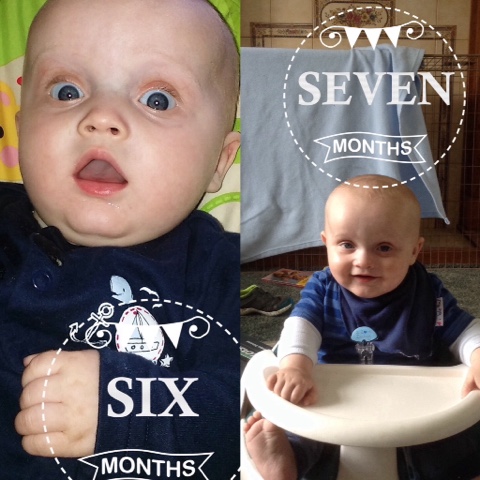 Posted by Victoria Hockley at Sunday, June 26, 2016 No comments:

The last update I did on my big boy was his third birthday last August. He's now three years & nine months old, so we are edging towards the big fourth birthday in three months time! I can't believe in a few short weeks my first born baby is going to be four years old!
So what does James like?
He loves:
* playing outside
* his nursery
* the park
* his kindle fire
* Man United
We got his primary school place confirmed nearly two months ago & I'm thrilled he's going to be at the school where he is currently at nursery! It's a lovely school right on our doorstep where the head teacher makes it her job to know every child in the school. It's a nursery to year six school so goes from age three to eleven. I'm so glad James won't have to change school till he's in secondary school and again the local one is a short walk from us. I have the reception class parents meeting in a couple of weeks!
Our local park is just across from his nursery, so if the weather is nice we will sometimes go straight from nursery to the park for a little bit then go home for lunch or we will come home for lunch then go back to the park, Freddie will nap in his pram so I can play with James on the swings! 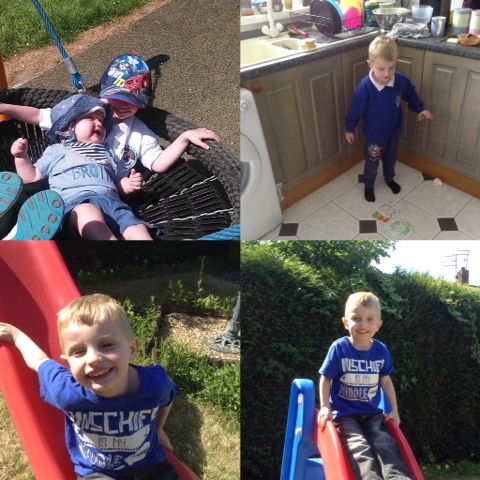 He still loves his trains and vehicles, but has developed a love of space and dinosaurs since starting nursery! He forever telling me that we live on the planet earth!
He's still very much a daddy's boy, so mummy does not get a look in when daddy is home. But he still loves a mummy cuddle but only on his terms!
He has taken am interest in cooking, so he likes to help mummy to bake cakes and biscuits and make jelly! 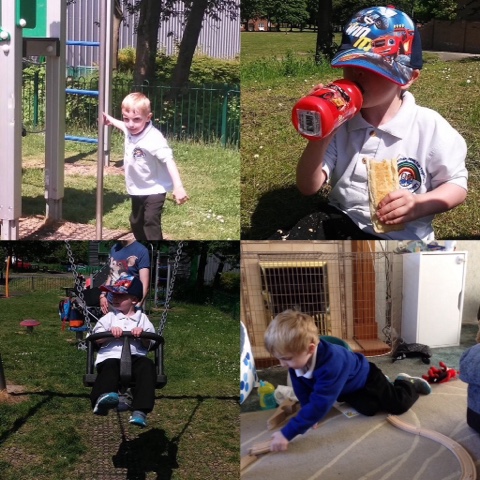 He has a habit of getting out of bed on a night and falling asleep in silly places! In the last few weeks he's been on his chair a couple of times, but the oddest has to have been in his wardrobe!
His favourite tv shows are Bob the builder, Thomas and friends, Noddy toyland detective, Ben and Holly the list goes on, but his big favourite is Paw Patrol! His favourite character is Marshal the fire pup! He can sit for hours and watch Paw Patrol over and over on Netflix!
Like most kids his age he still likes the videos on YouTube of people opening kinder eggs. He also is always finding new shows on YouTube to watch like Tayo the little bus or Robo Car Poli.
This year was the first year James has shown a real interest in the FA Cup I'm guessing because our team, Man Utd, were in the final! He got so excited when we won! He was waving his arms around shouting nited won!
I can't believe in a few weeks time my big boy will be a four year old and getting ready to start on his educational life at full time school! Where has the time gone! 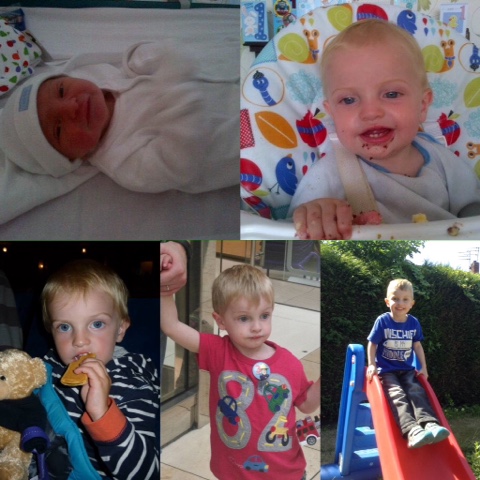 Posted by Victoria Hockley at Thursday, June 09, 2016 No comments: 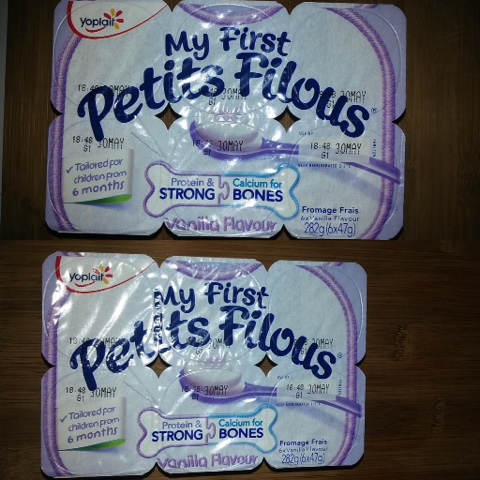 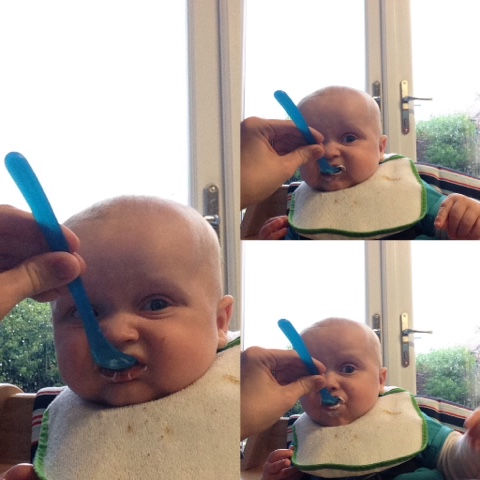 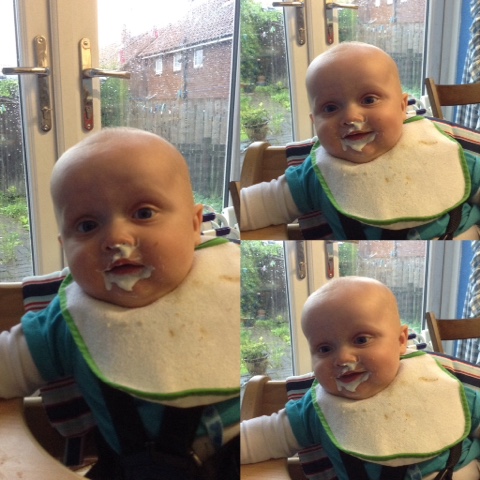 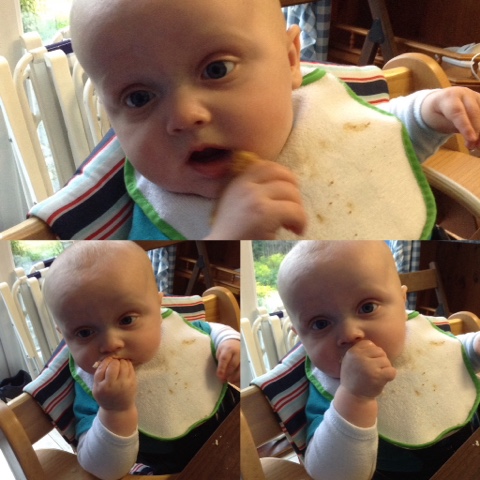 This post is an entry for BritMums #PetitsFilousFirsts Linky Challenge, sponsored by Petits Filous