Most children have a stuffed toy they cannot be parted from. I know I did when I was a child and I thought it was about time I introduced the two main ones in James life.
Cranberry aka CB 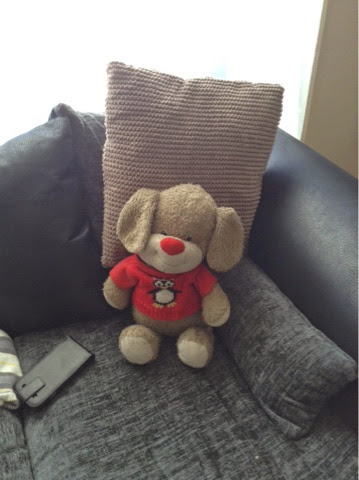 This is the main stuffed toy in James life. We got him cranberry last year just before Christmas and James became besotted with him. It's only over the last few months though that cranberry has become a daily fixture on the pushchair. We have had a few trips out where James has become upset as he left cranberry at home and normally one of us has made the dash from the metro station to home and back just to make sure the boy is reunited with his best friend. We have had to shower him and wash his jumper a few times last time James was sick poor cranberry got it.
Panda 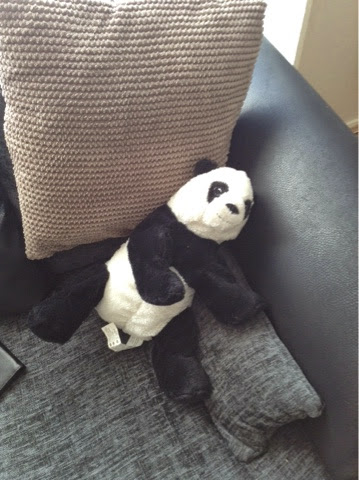 This is panda, he is the other main stuffer in James life. He normally stays at home when we go out although he has been an extra in the pushchair a few times. James got him at ikea as he had been a good boy and been very well behaved.
Both cranberry and panda are normally wanted at bed time, but only cranberry actually makes it as far as James bed. Panda is normally left in with mummy.
I'm trying to get my smell onto panda as I'm going away in a few weeks to see my best friend for a couple of days and I think it may help James if he has something that smells of mummy to help him sleep. When he was newborn he used to have what ever tshirt I had been wearing that day put over his sheet in carrycot.
Posted by Victoria Hockley at Sunday, October 12, 2014