Welcome back to Living Arrows 2019! If you haven't heard of the linky before, This was set up by Donna at What the Redhead Said and the name comes from the poem by Kahlil Gibran "You are the bows from which your children as living arrows are sent forth" Each week I post one photo of James and one photo of Freddie and share what they have been up to that week!

James has settled back into school really well! He had a school trip on Thursday which he really enjoyed and then was back to Beavers after school which he was thrilled about!

Freddie has settled into his new playgroup routine so well! I was expecting tears from him on the Monday morning as he was not used to going in for morning sessions but he literally bounced in! On Tuesday he actually insisted on carrying his own lunch bag in and putting it into the box which was so cute!

Freddie ended the week poorly. He woke us up on Friday morning being sick so poor mummy had a clingy boy and then poor daddy was ill too! 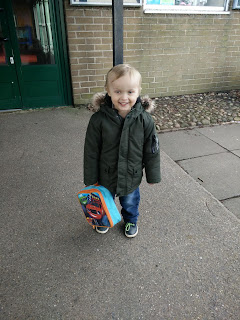 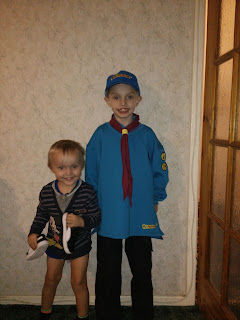