Wow its really October already! This year has gone so fast, but at other times it feels like it has gone so slowly!

This months picture was taken during the school half term holiday. The boys were playing with James connect four game. Literally seconds after the picture was taken James won and Freddie tipped the counters all over the floor! 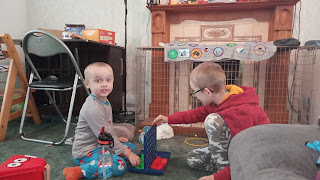 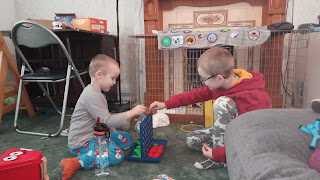