Welcome to Living Arrows 2020! This is the third year I have taken part in this linky and I love taking part each week! If you haven't heard of the linky before, This was set up by Donna at What the Redhead Said and the name comes from the poem by Kahlil Gibran "You are the bows from which your children as living arrows are sent forth"

So homeschooling has begun! James has been doing so well with all the changes and has been doing so well with his maths work. The school have provided plenty of work but we have also downloaded resources for both the boys. James has also done a bit of work for Beavers on one of his activity badges. His deputy head suggested incorporating Beavers badge work into school work to keep him interested. So he has finished his maps for his navigators badge. There have been a few moments of emotional meltdowns, I think the whole not being allowed to go out and about is getting to him, rather than it being his choice this is being forced on him.

Freddie on the other hand has been finding it difficult. He does not seem to understand why he cannot see his friends and his teacher. So we have been watching a Jolly Phonics video on YouTube that the school gave us the link to along with playing a Jack and the Beanstalk game which Freddie has beaten mummy at numerous times!! We have also been working on a maths workbook and also an alphabet workbook. 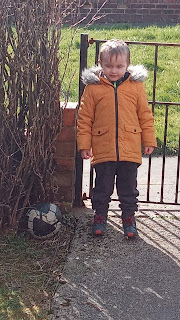 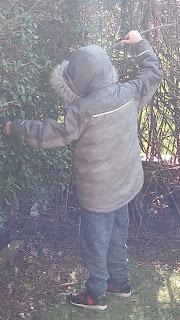