James is your typical boy, who definitely has selective hearing! We have tried sticker charts, tick charts but nothing worked! Here's where the reward box comes in! There are two designs currently available. We chose the pirate chest for James as he is pirate mad. 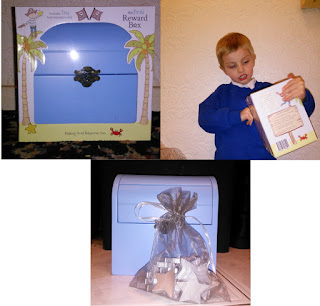 Our first impressions of the box are totally positive! It arrived while James was at school, so I was able to explain all about it on our walk home! He was very excited to personalise it with the stickers to make it "his". Although he made mummy stick them on!

James was told that he would get a star for his chest if he does what he is told at home and he also gets a star for his day at school, I have been asking his teacher every pick up how he has been to see if he gets his star! 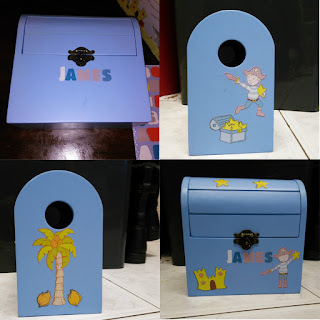 James seemed to get the hang of the system pretty quick, for example, he got a star before school if he ate his breakfast and got dressed with no fuss. He got one after school if his behaviour at school had been good. He got one at bed time if he ate his tea and got ready for bed. Extra stars will be awarded if he does something brilliant. For example he got an extra star for getting 99% attendance at school last term and he got a star for letting mummy clean his dirty ears with no fuss! He has also been getting an extra star for leaving mummy in the cloakroom at school and going to the classroom on his own with no tears! I am very proud of him for doing this one as we have been working towards this for a few weeks already and had no success till we got the reward box.

We said when the box is full he will get a treat, whether it be a toy or a trip to McDonalds which is what he got for filling the box for the first time! 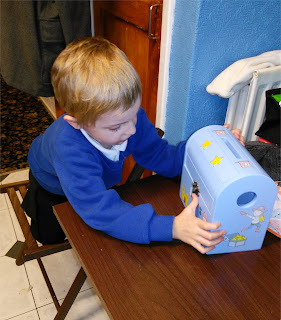 We will definitely continue to use the box with James as it is having a positive reaction on his behaviour.

Disclaimer: We received this box at 50% of the retail value of £35 including postage. All words and pictures however are our own. Boxes can be purchased from www.therewardbox.co.uk
Posted by Victoria Hockley at Tuesday, February 07, 2017