Remembering loved ones at Christmas

2014 hasn't been the best year for my family. 2013 ended bad and 2014 started bad.
On 3rd December last year my dad got a phone call that his wonderful aunt had collapsed and was take to the RVI at Newcastle.
It was the next day when we found out she had actually had a spinal stroke. Unlike a stroke where blood clot goes to the brain, in a spinal stroke the blood clot goes to the spine and basically paralysed you. My lovely great aunt was basically paralysed from the chest down.
She caught many chest infections before the final one, when she finally lost her fight on 28th January.
My dad has always talked about the little westie she used to have and how much she used to spoil him. So when looking at the Christmas shop in John Lewis we spotted a westie tree decoration and knew we had to buy it in her memory. 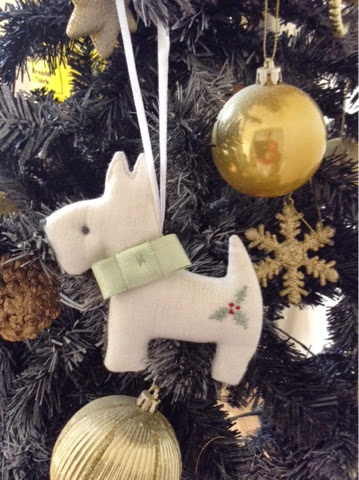 Then in May we lost my Nannie, which I blogged about at the time, so yes 2014 hasn't been great. James though has kept us all going. We just need to find the perfect decoration for our tree in memory of nannie.
Posted by Victoria Hockley at Thursday, November 27, 2014 No comments: 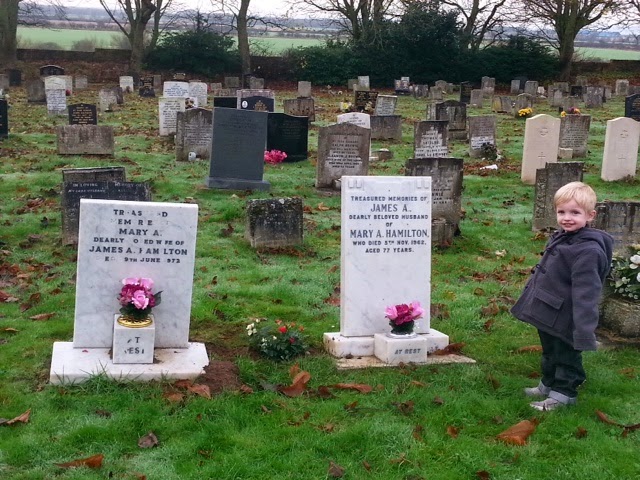 Posted by Victoria Hockley at Sunday, November 16, 2014 No comments:

So now that winter is creeping in, homemade warm food is a must!
Today I decided with the quantity of vegetables we had in, I would make up a batch of vegetable soup for lunch and also for the freezer.
This batch consisted of leeks, carrots, swed, sweet corn and onions.
The carrots and swed were put in boiling water in one pan and the leeks, sweet corn and onion went into our wok with hot water. 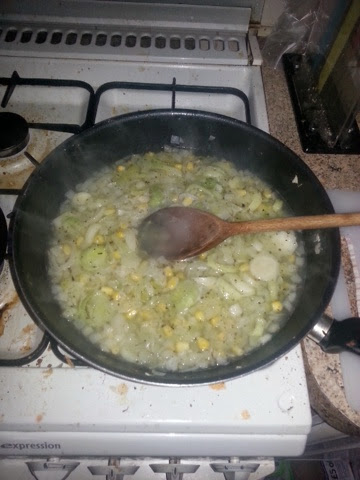 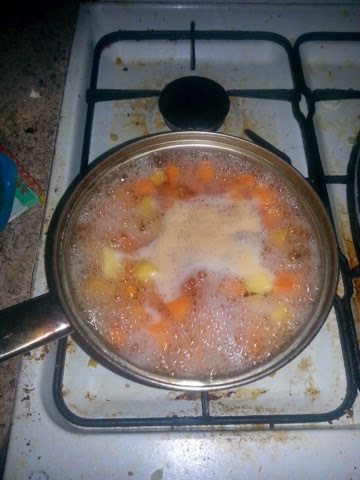 Once they were soft they were laidled into our blender and blitzed to a purée. 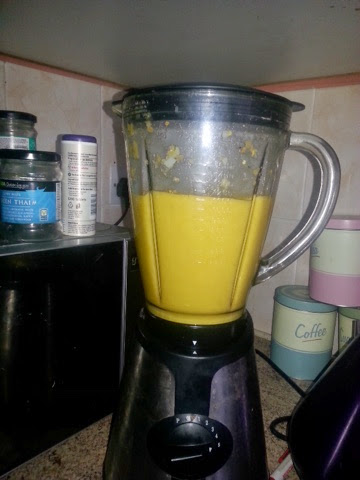 Once it was blitzed it was poured into a large bowl to await serving. 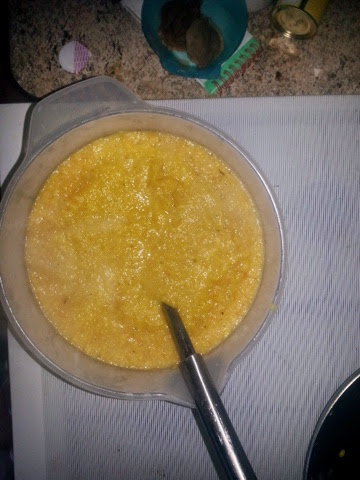 It was totally yummy and plenty left to be frozen for another day.
Posted by Victoria Hockley at Friday, November 07, 2014 No comments:

Argh what a night we had!!!
The show was amazing. I'm guessing most people heard about the drama that went on after the Liverpool show on the Tuesday night, where the bus broke down again!! The poor boys finally got to Carlisle at 6am. They then left Carlisle at 1pm in a new bus and finally got into Aberdeen at 6:45pm. They had to move the meet and greet to after the show instead!!
Ok onto the bands:
A1 - I had last seen them about 10 years ago and omg I swear they have got better looking with age! Ben Adams is still a hottie!
911 - I saw them a few months ago on their own tour, just days before this tour was announced.
Damage - I had never seen them before so wasn't sure what to expect.
Blue - Well I last saw them years ago, think it was 2004, when I went to their album launch at a club in Leeds. They were just as good as I remember.
3T - I used to love their music, just not really them, I think it was the fact they were Jackson family that put me off.
5th Story - this band was put together by itv of ex solo and band members. We had Dane Bowers, Kenzie, Adam Rickett, Gareth Gates and Kavana. They were absolutely brilliant would love to see them again!!
So due to the late arrival after the Liverpool show and they bus changes, the show was late starting, so they just scrapped the interval so the show finished on time. It was so much easier to get out of the AECC than Newcastle arena. We were back in the car and on our way by about twenty to eleven.
Demanding toddler hasn't given me a chance to download the proper camera photos, but these are the snaps off my Samsung S3. Will do a photo post when I have downloaded them! 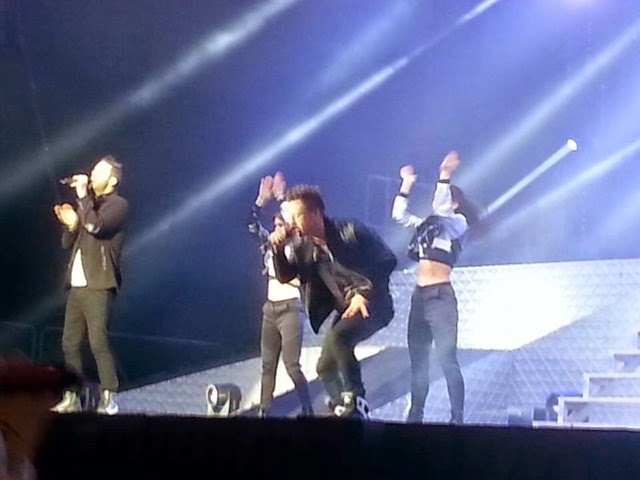 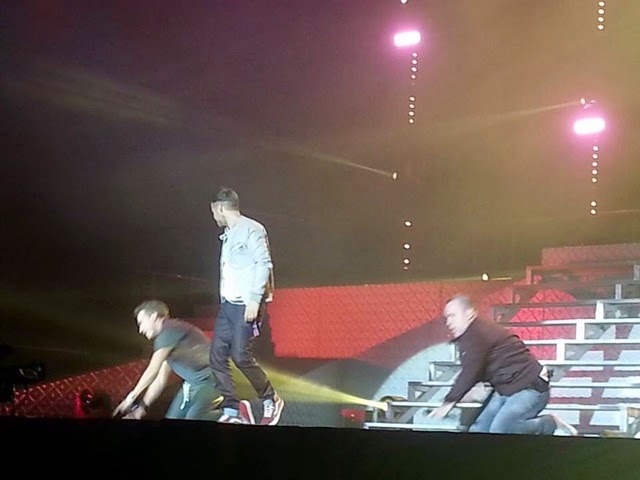 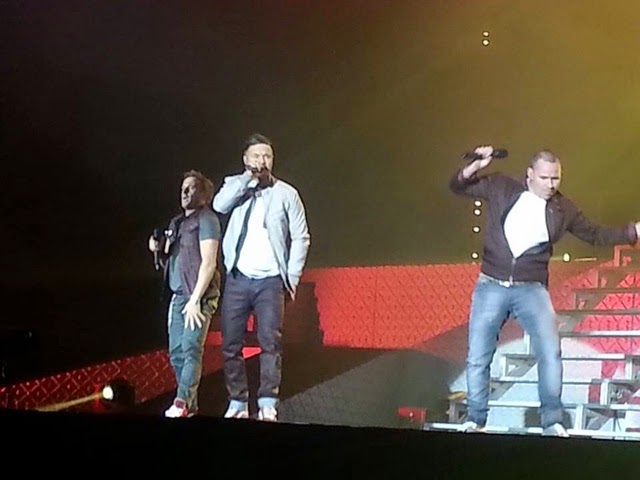 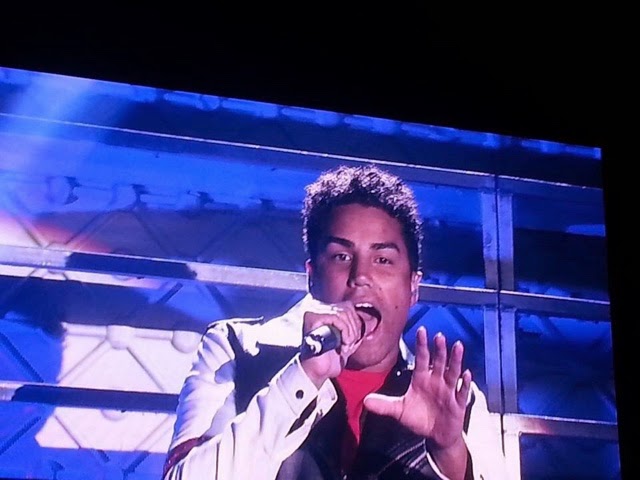 Posted by Victoria Hockley at Saturday, November 01, 2014 No comments: