Well my gorgeous little baby boy has hit his "terrible twos" with a vengeance.

The last five days have been nothing but him kicking off and screaming every time he didnt get his own way.

Everywhere we have been we have had tantrums, worst being in the middle of w h smith's in metro centre when he was basically lying on the floor kicking and screaming.

I don't know who was more embarrassed me and Andy or my parent's who were with us. That one kicked off because gaga had to put him down to pay for his stuff in the shop.

He may look like an angel but looks can be very deceiving. 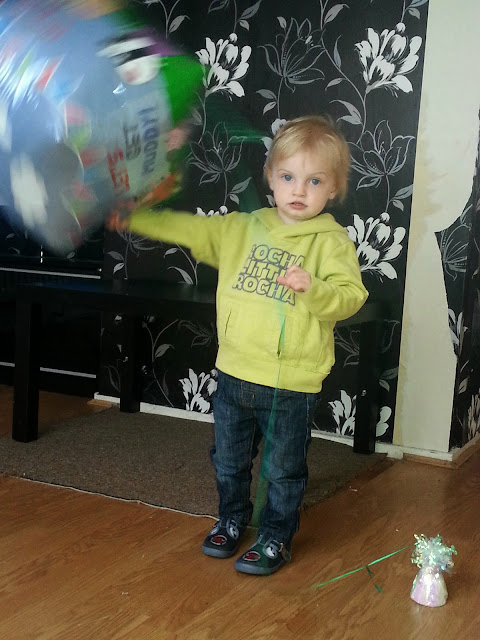