Where has the sun gone??

After the beautiful weather we had yesterday, I was looking forward to a nice walk this morning to our toddler group as its not that far and I thought the fresh air would do both me and James good. How wrong was I! We woke up to torrential rain! So as normal it was the metro then the bus.

We had a really good time this morning even thought we did leave a bit early as James was starting to get tired and wanted a nap. It was our helper Amy's Birthday so there was cake for the kids and birthday cake for the parents.

James played again with the little tikes cars so I think we may have to invest in one as an early birthday present for him. He also made a sunflower with lots of glitter and tissue paper!

Theres no toddler group on next week with it being the half term holiday so we might go to the soft play instead up by nana and gaga's house so they can come with us!
Since we got home James crashed out for a nap so mummy got a chance to go on computer and update stuff on the blog and join tots100! 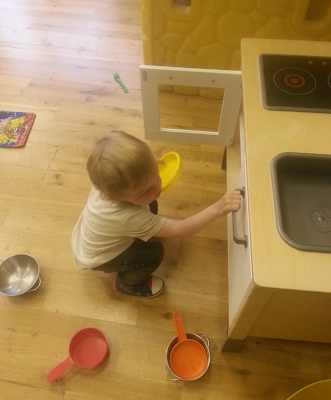 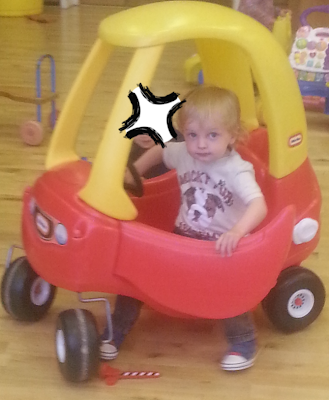 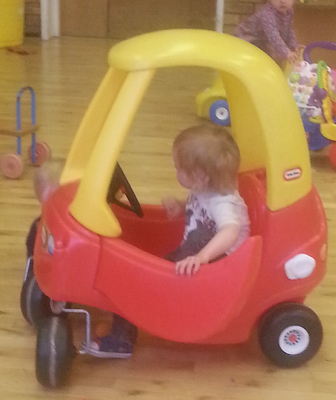 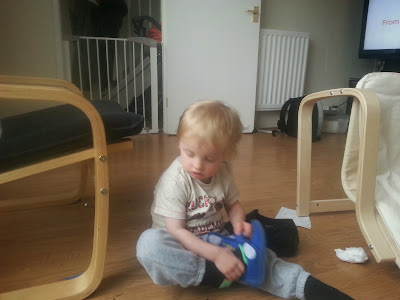