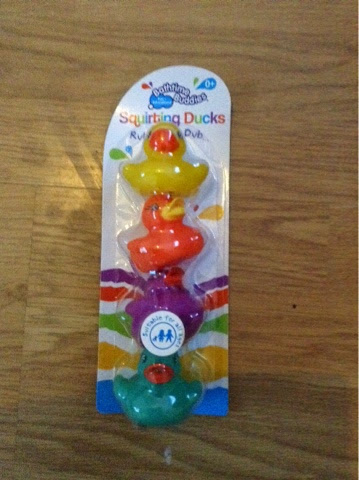 When we first opened the box James was thrilled with the ducks. He loves bath toys that are bright colours and these grabbed his attention straight away. He had just woken up from a nap and was still rather grumpy but they cheered him up no end!!
We opened up the packaging so James could have a good look at the ducks and he wanted to play with them straight away! I took this as a good sign of how much he liked them. 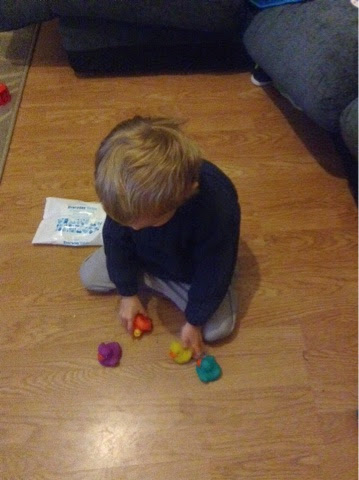 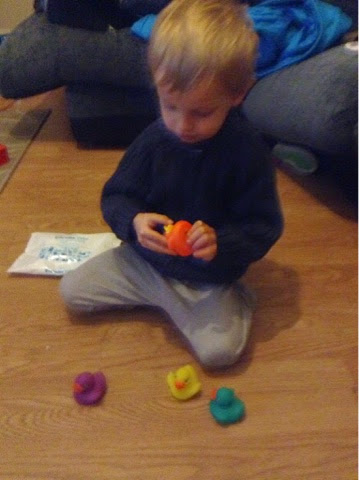 He was sitting on the floor playing with the ducks getting so excited telling us what colours they all were.
When it came to Bathtime James grabbed all his ducks and virtually ran up the stairs to put them in the bath. 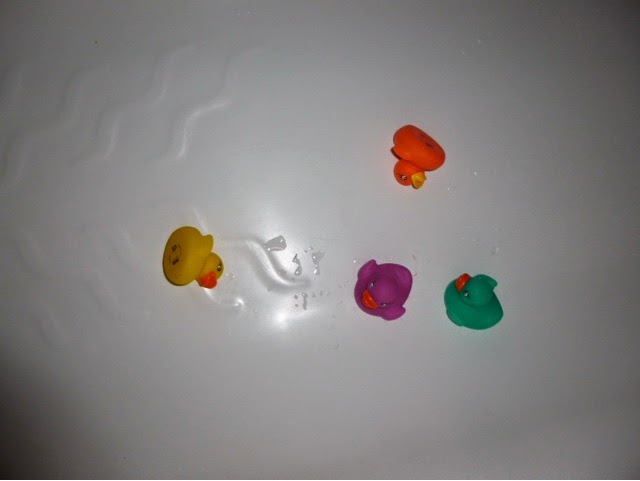 These were lucky ducks as they got to ride in his toy lifeboat he was bought from Amble RNLI. 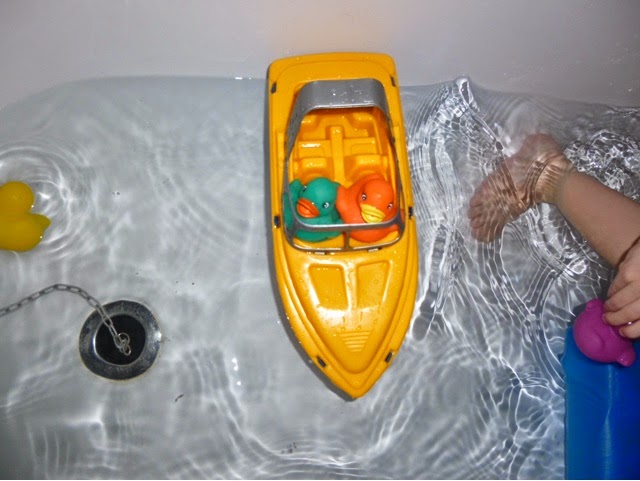 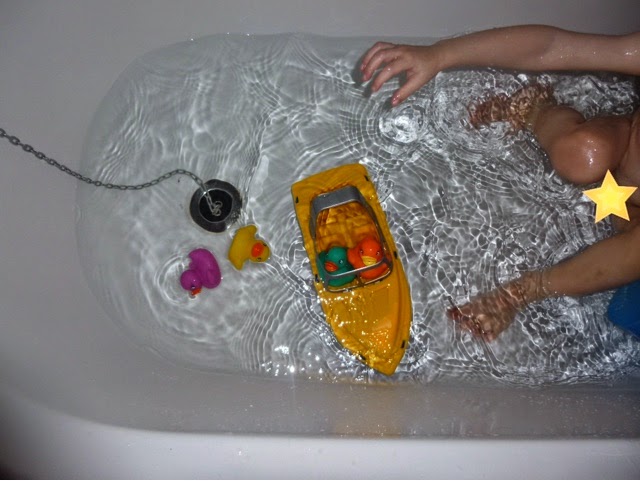 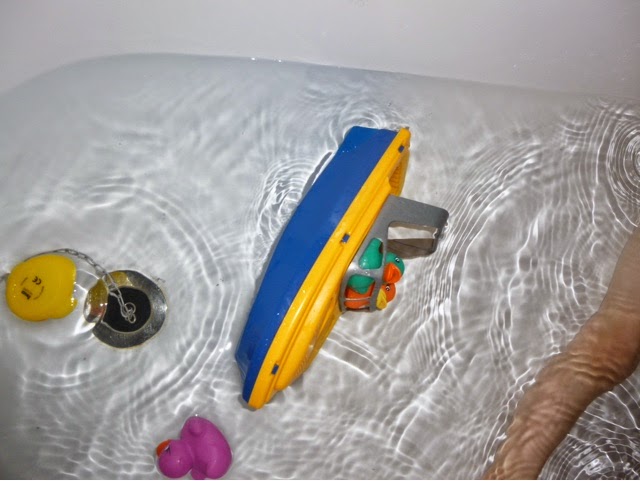 James loved showing us the ducks and telling us what colours they were. 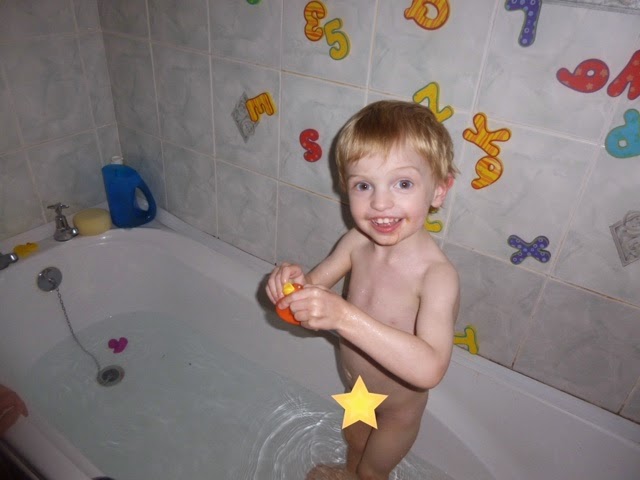 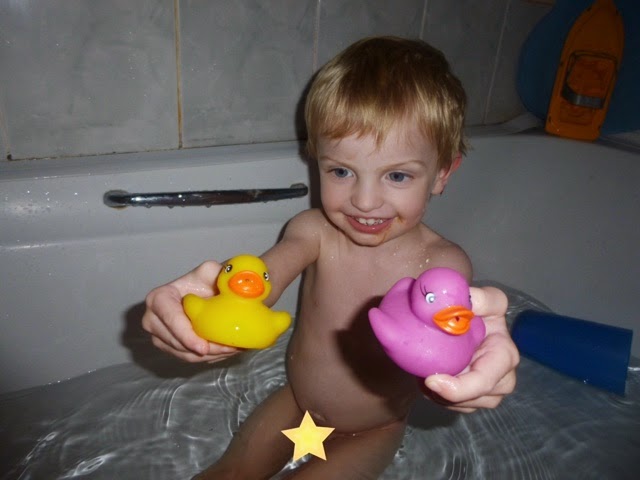 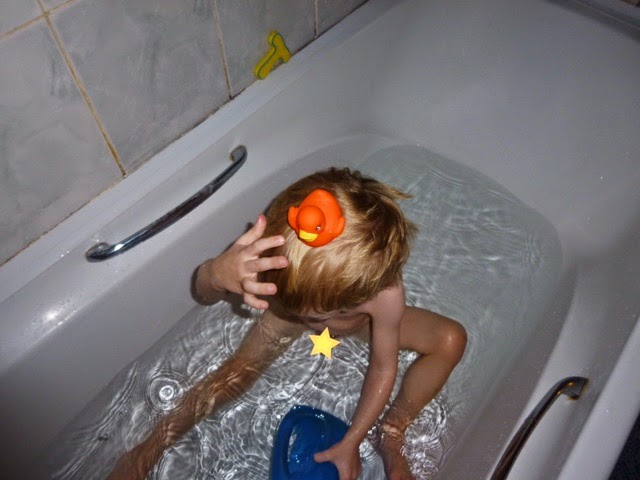