Last summer we were sent a SnoozeShade Original to review and to say we fell in love with it, is an understatement! We absolutely adore it! So when we were asked to take part in the Not Just For Summer campaign we were thrilled! Even before we got involved we were already using the SnoozeShade over the winter. Freddie was in a forwards facing Mamas and Papas Armadillo pushchair and even though it has a big hood and a pull out sunshade. It just doesn't stop the winter sun from getting in his eyes.
We live in the north east where the winter wind can be bitterly cold. I have not only been using the SnoozeShade to keep the sun out of Freddie's eyes, but also to keep the bitterly cold wind off him. 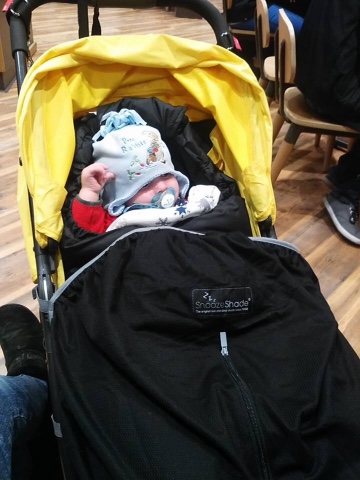 This has been so good for the school run as a few times Freddie has fallen asleep in his pushchair before I can get a coat onto him for going to pick up James so I have had to wrap blankets around him then done up the footmuff and put the SnoozeShade over to keep the wind off him. A few times I have even added the rain cover on top of the SnoozeShade just to keep any drizzle off and give him an extra layer. 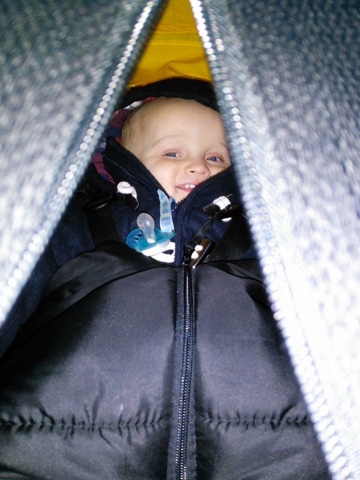 When we were away at Alton Towers in Easter holidays the SnoozeShade was first thing I packed into changing bag! This ensured Freddie got a decent nap in the park. For this trip we were using our Sola pram as we needed the seat for on the coach. 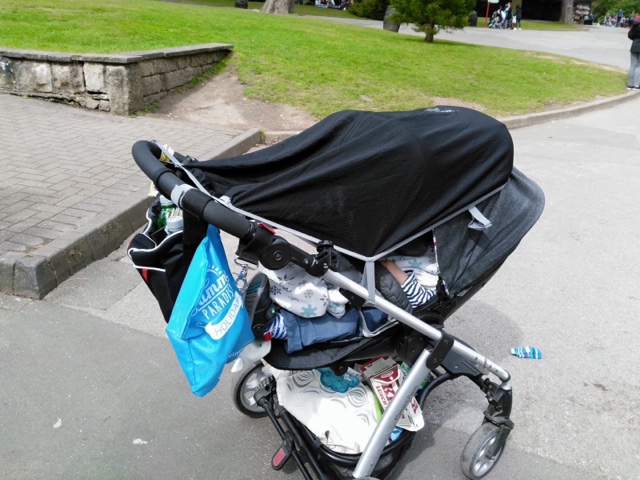 The SnoozeShade has got to be my favourite product I have used with Freddie. It it permanently in the basket so it's there when ever we need it!
I would recommend the SnoozeShade to anyone and a few people have even stopped and asked me where it's from and what it is!
Posted by Victoria Hockley at Saturday, May 20, 2017