What have the Elves been getting up to?

So it's the 11th of December and Rhul and Elfis have been here for just over a week! I thought it was about time to show you what they have been getting up to! 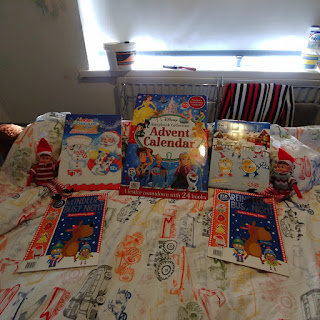 Since mummy and James had been away for the night with Beavers, The elves decided to hide in James bedroom so when he got home and went upstairs to get changed he found them! Also it meant Freddie would not find them till mummy and James got home! 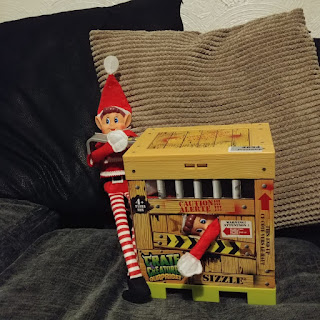 Naughty Elfis decided he was going to lock Rhul in the crate for James Crate Creature!
Poor Rhul was not looking too impressed as he tried to escape through the hole the creature puts its tongue out of! 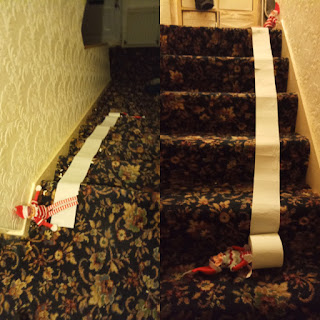 The naughty elves decided they were going to take a toilet roll for a trip down the stairs! Poor Rhul though he got pushed down the stairs in the middle of the tube by naughty Elfis 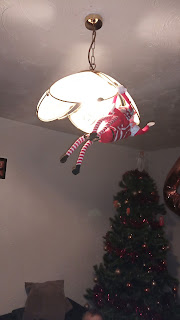 Uh oh the elves decided to try and swing from the light fitting! This pair are getting naughtier by the day! I swear it! 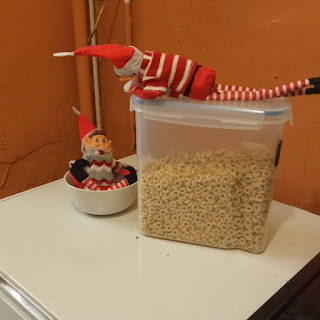 The elves decided to try and make James some breakfast! 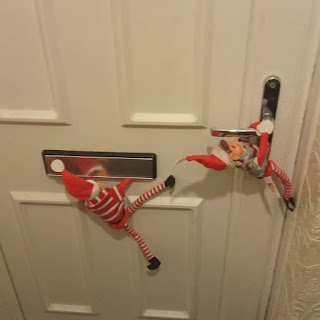 Uh oh they tried to escape! 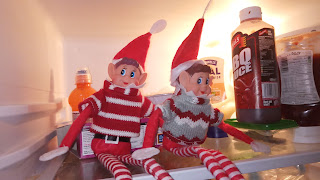 The elves went to sit in the fridge as they were missing the cold! 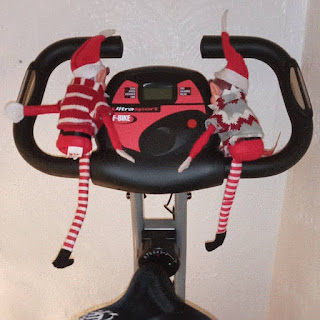 They tried to use the exercise bike! 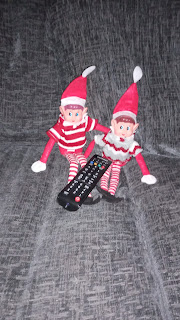 They wanted to watch some TV! 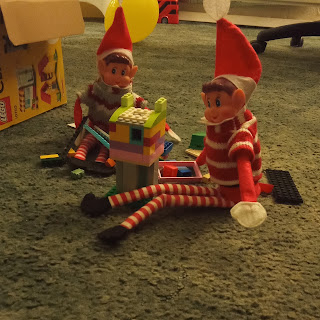 Rhul and Elfis had some fun with James lego!