Today the prompt I am using is "Day Tripping"

The last time we actually went on any sort of day trip was last year when we were in Majorca and we spent the day in Palma Aquarium.

It was absolutely amazing. We must have spent at least 45 minutes sitting in front of the eight meter deep shark tank! James was totally memorised by the sharks, some which were actually bigger than him! In fact some of the fish that were in the tanks were bigger than Freddie!

I really hope we can go back to Majorca in the next couple of years and hopefully go back to the aquarium. We missed out on doing the glass bottomed boat on the shark tank as Freddie was too young.

They have something new there now called Aquadome, which is a 3D show about the humpbacked whale!

These are two of my favourite images from our Day Trip to Palma Aquarium! 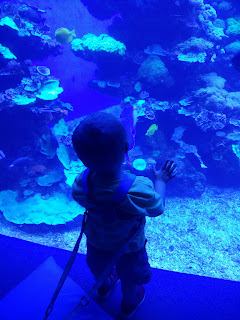 Freddie staring into the tank 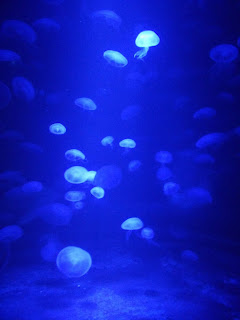