Travelling with a toddler part two

Well part two began with a case of pass the toddler before the train had even left the station.

James was much better behaved on the return leg from Aberdeen than he had been on the way too Aberdeen. I think this was because the trip up was quite early and the return leg was late morning so he got to have a nap around midday which is when he normally tends to sleep.

He was really good until about the last 45 minutes when I think the novelty of being stuck on the train was starting to wear off and he started to lose patients.

Drastic action was needed so I spent the last 45 minutes of the trip standing in the vestibule between our carriage and the next carriage with James in his pushchair. He seemed to calm down once he was on his wheels.

The train got into Newcastle at 4pm and including our stop at the shop for milk it took us an hour to get home via the metro as we had to change due to a fault developing with our train.

Next time we travel long distance by train I will definitely be searching other mummy blogs for train travel with toddler. 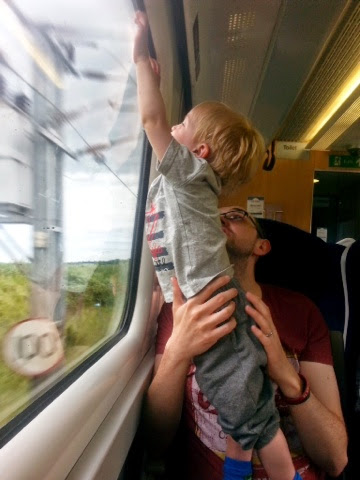 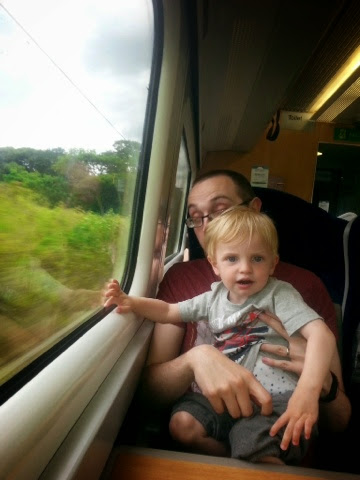