Our weekend started on Friday lunch time when I picked up James from school early as he had a dentist appointment. We were staying at mum and dads house that night and James loves it especially as he got to play on his new scalextric. Freddie was sharing a bed with mummy and he took up so much room!! 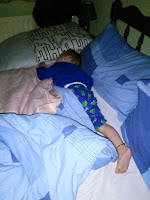 Saturday started early when Freddie woke up at 6am, so it was peppa pig on the iPad in bed. Gaga and James got up and played on the scalextric and somehow James managed to shoot his car off the track and it disappeared into thin air! Nana and Gaga eventually found it once we were at home as it had gone sideways under their tv unit!

James had his hair trimmed by Gaga too! He also did his homework and his school reading book. Freddie was watching milkshake on channel 5 with mummy and he loved trying to copy the presenters dance routine for the Dinosaur song! 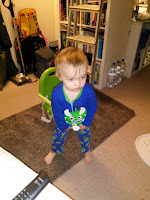 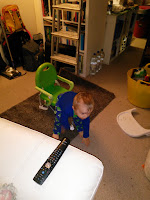 We got back home at lunchtime where Freddie actually had a nap. We had a walk down to aldi to look at the bedding in the special buys and buying a new duvet for mummy and daddy before it was time for tea and bed for the boys! 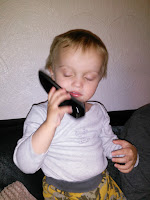 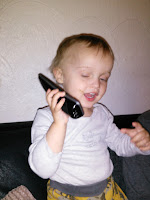 Sunday morning started with the boys jumping into our bed and watching peppa and paw patrol on the iPad while mummy and daddy dozed. Once we were up we had a walk across to the local tesco to get some vegetables. Once we were home the boys and daddy did some FaceTime with daddy's parents in Surrey. Both boys loved seeing the cats! While they were doing this mummy was in the kitchen making tomato and pepper soup for lunch!

So that was our weekend!!