This week has been pretty crazy! Starting with the first match for England in the World Cup which James was desperate to stay up and watch and he almost managed to watch it all, the poor thing fell asleep about ten minutes before the end and missed the second goal, he was so tired when he woke up on Tuesday morning. Thank goodness the next game is on much earlier on Sunday! Sadly the last game is another 7pm kick off so James will probably fall asleep on the sofa again!

Freddie has been loving playgroup this week! On Tuesday he went running in, but on Wednesday we had a few tears as he slipped over and landed on his bum. When I picked him up on Tuesday all the big kids were in the main yard and while I was putting his bag under the pram the little monkey tried to do a runner as he saw James! Freddie has also been loving the World Cup. He keeps running round the lounge shouting Goal!!!! He went to bed at half time in the England match and was really acting himself so poor mummy missed all of the second half bar about 4 minutes!!


On Saturday we went to The Hoppings with nana and gaga. The boys had a brilliant time and Freddie got to experience the helter skelter for the first time! We then finished the weekend by watching England win 6-1 against Panama! Freddie was loving it and got so excited by the goals!! 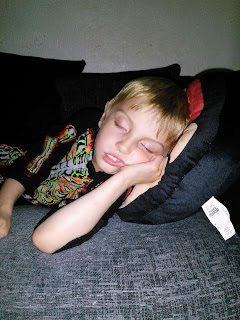 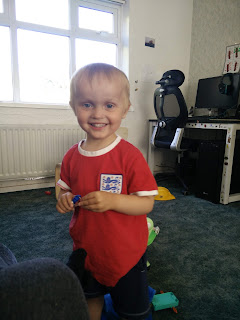