For me going on holiday is not just about spending time with your family and friends, it's about exploring new surroundings and photography. They say a photograph tells a thousand words. And these photographs definitely tell more than a thousand words. When I look at them, hundreds of thousands of memories come back to me about the wonderful time we had

Photography has been a massive part of my life from the age of sixteen, so whenever I go away with family or friends my camera was always the first thing packed. When I first developed my interest in photography it was long before digital cameras & smart phones were invented, so I was one of those geeks who took many rolls of film away with me. 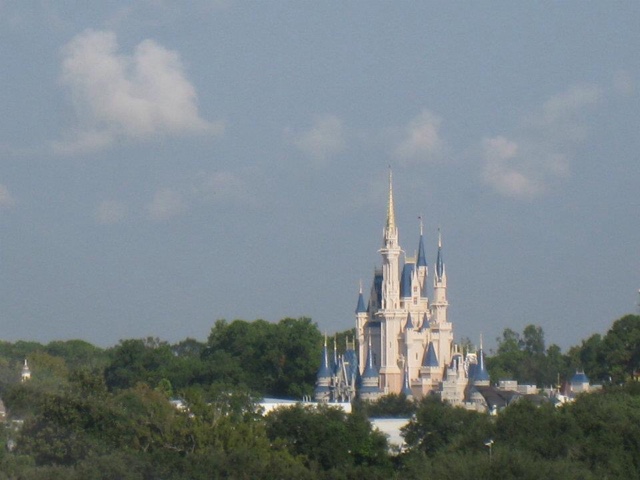 This photography holds so many happy memories for me. It was when Cinderella's castle first came into view from the monorail at Magic Kingdom. This was no ordinary holiday though, this was our honeymoon. We had saved long and hard to be able to afford our dream holiday for our honeymoon. It most definitely was our dream holiday as I came home with 1400 photographs from ten days! 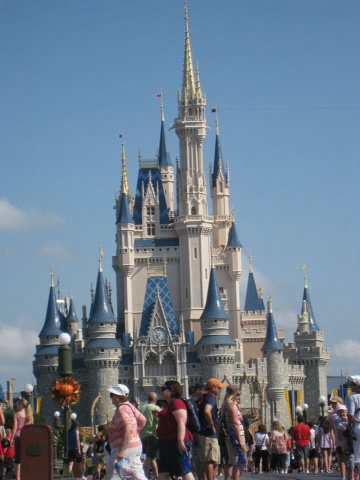 Walking up Main Street and seeing the castle at the top is one of the sights I will never forget. It's something I had always dreamed of seeing and to be there with my husband was just so special. 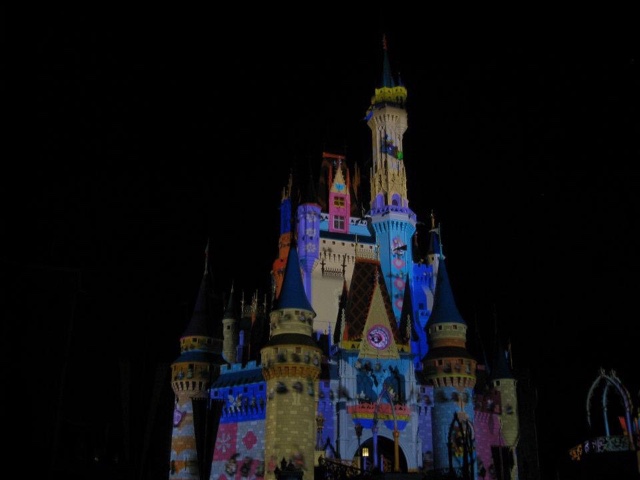 Disney has a reputation for its spectacular fireworks displays and they really do not disappoint! This was taken after the electrical parade where all the floats are lit up! The images projected onto the castle were amazing and this was just a snap that came out so well. I really want to get this print on canvas for our wall. 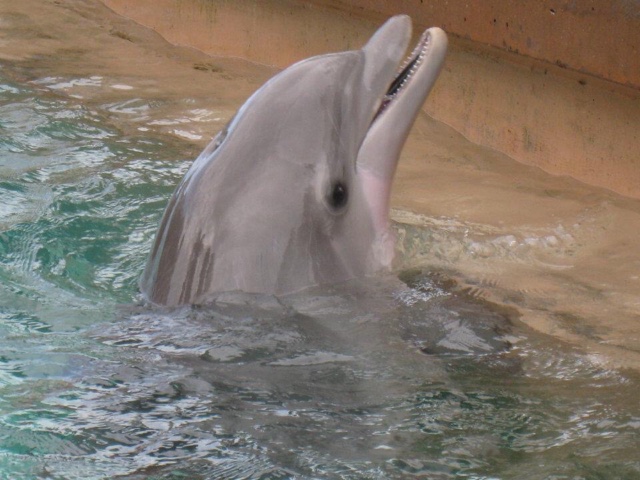 I have always been a lover of animals so to have the chance to visit Sea World & Animal Kingdom was just a dream come true. Spending time at the dolphin pool at Sea World was just amazing. The Dolphins would swim right up to the wall and you were encouraged to stroke them. There was also a viewing area to see them swimming under water. 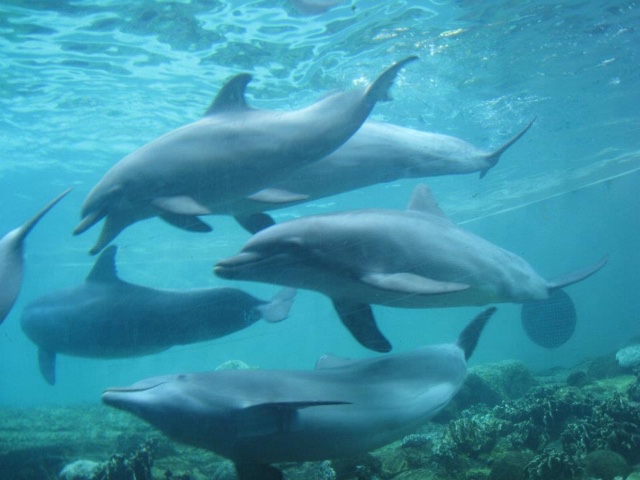 The most magical day of our ten day stay in Orlando was 13th September -my husband Andy turned 29 that day and we had chosen to spend it at Discovery Cove swimming with the Dolphins!
The park takes all your photographs during the Dolphin encounter which are available to purchase is different photo packages, including the copyright to the photographs so you can print out as many copies as you like when you get home. 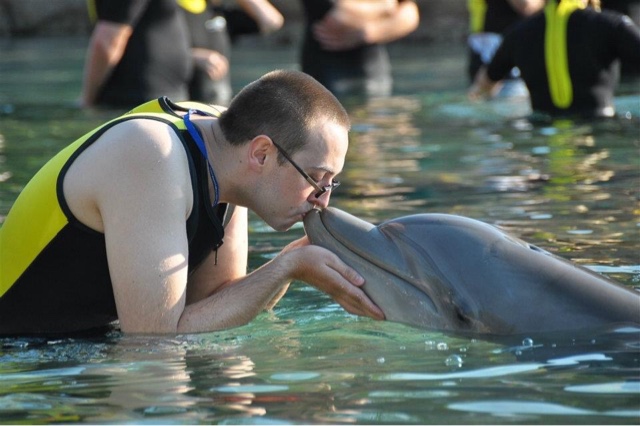 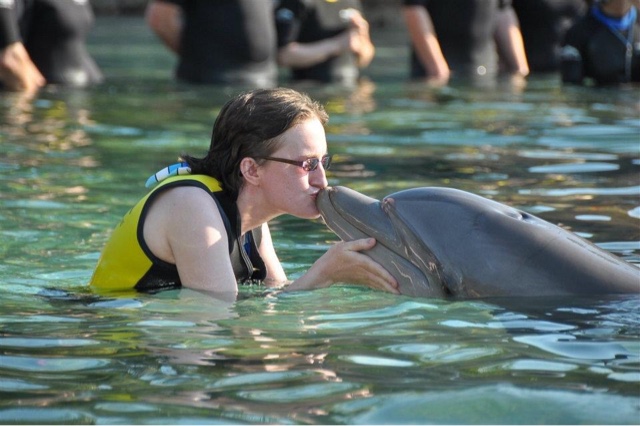 Me and Yoshi. This was a dream come true for me as I have always wanted to kiss a dolphin. 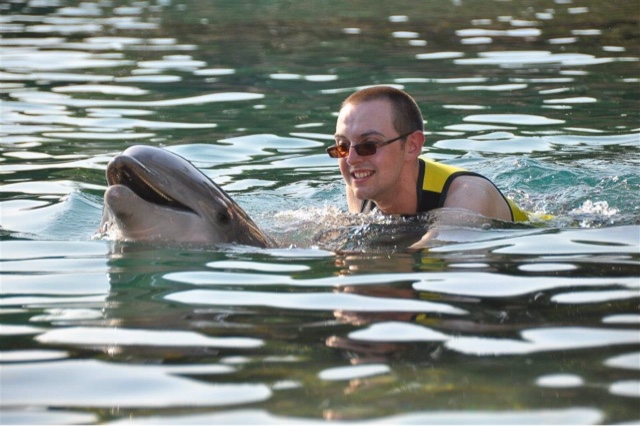 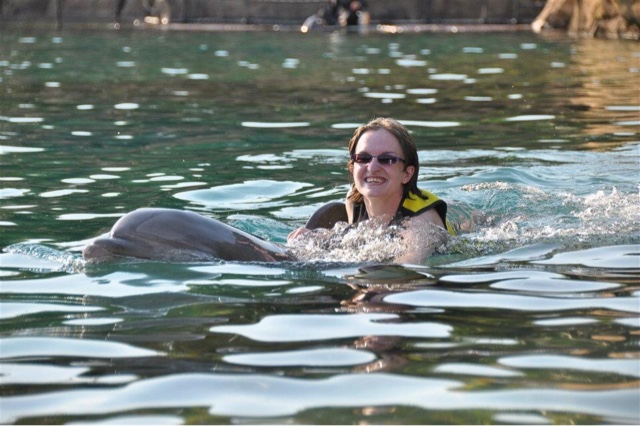 Me swimming with Dexter.


I really hope that one day, in the future we will be able to take our boys to visit Disney World and of course Discovery Cove to swim with the Dolphins. You have to be six to swim with the dolphins, so it's going to be at least six years before we attempt to visit again as Freddie is not even a year old yet.

James is now three and still has not been abroad yet. Orlando was actually the last holiday that Andy and myself actually went on as James arrived the following year. We have still not had a family holiday even before Freddie arrived due to buying our first family home together. Hopefully 2016 will be our year!
**This is our entry for the 2016 Mark Warner Family Ambassadors Programme**