Unboxing of the BabyStart One Hand Fold Pushchair

For the last few months we have been looking for a new pushchair for Freddie. As we are going to be going on two big trips this year we started looking for something that was a bit more travel friendly.

We currently use a Mamas and Papas Armadillo which we adore, but if we need to fold it, even though it is lightweight when it’s folded it is awkward to carry when we are carrying Freddie.

When we saw that Argos had the BabyStart One Handed Fold Pushchair reduced from £119.99 down to £46.99 we decided to get one to try out!

The reviews on the Argos website were kind of mixed, some were good and some were bad. But I think reviews of all pushchairs can be like that as we have seen some shocking reviews of the Armadillo and we ourselves had a terrible time with the one we had when James was a toddler. 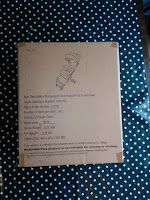 Weighing only 5kg and suitable for children from six months to three years or weigh up to 15kg. When it is folded its dimensions are Length 55cm, Width 45cm and Depth 23cm. It has fixed recline positions, a 5 point harness, Lockable front swivel wheels, a handle height 97cm , Linked brakes and  an aluminium chassis. 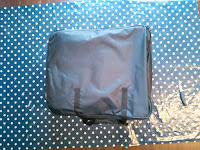 I picked this up from Argos and carried it back to our house no problem in a bag plus pushing Freddie in his Armadillo! Ok we might have got the free T1 bus from Tesco to the local shops and then walked from the shops to home, but that is what we quite often do when we have been up to Kingston Park.

The box contained: The chassis with fixed seat unit, The bumper bar and the two front wheels! The pushchair also came in its own carry bag which will be fantastic for when we take it to Majorca later this year! 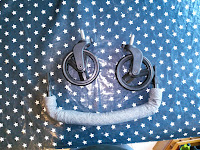 When we got it home I started to assemble it and found it so simple. It was a case of open the box, open the bag, unclip the lock and unfold then click on front wheels and bumper bar! It was all set up and ready to go within about twenty minutes of us getting back into the house! It took me a few minutes to work out the folding mechanism, but once I had has put it up and down a few times I had it down to a tee! 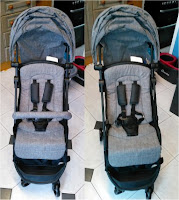 I really cannot wait to take this on the train in a few weeks time and give it a real test out on a day out in London! This photo is two photos of the pushchair one with bumper bar and one without! Since these were taken we have also added out spare footmuff to it so we know that Freddie will be nice and cosy especially on a day out and London in February and of course when we are crossing London and getting the train to their grandparents house in the evening.

**We purchased this Product with our own money and chose to write this review of it to show how useful it is in everyday life!**
Posted by Victoria Hockley at Wednesday, January 17, 2018