Welcome back to Blogmas day two! Today I'm going to be talking about what James has asked for for Christmas. 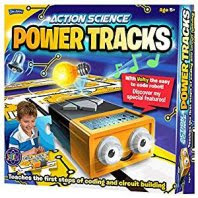 The first thing James has asked for is Power Tracks from John Adams. We first saw this advertised back in the summer holidays and James actually asked for it for his birthday, back then we were not too sure about it but after looking into it a lot more I thought it was the perfect Christmas present for James!

Next on his list is Spirograph. Now this thrilled me as I used to have one when I was a child and I loved it! James has really started to get into drawing this last few months. I think this would be brilliant for him and could be something for him and mummy to do together. There are lots of different kits you can buy with prices starting at £9.99 for a travel set. I think this would be the one we would get for James to see if he really likes it

He has also asked for a game called Foxy Pants that he has seen advertised. Something I think he just thinks the game looks fun, but does not realise there are actual rules to play the game right. 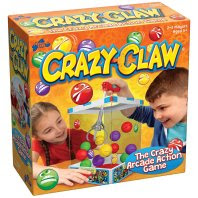 I think they would be a great game to help James improve his fine motor skill by holding the button down on the handle and to help his concentration on picking up the balls!

James recently joined Beavers, and when he was invested Nana and Gaga bought him his sweatshirt, then mummy and daddy got him his trousers in time for Remembrance Sunday. So for Christmas he asked for his polo top and baseball cap!

Then we have a cuddly heat buddy. And then there is also wash mitt.
Posted by Victoria Hockley at Sunday, December 02, 2018