We purchased it in February this year when James out grew his smaller buggy and he got too heavy for us to push in his sola.

Its tag line from mamas and papas is "the little big stroller" and it is just that. James has plenty of room to grow in it and even when hes asleep and lying flat he don't need the leg rest down.

When the pushchair is reclined all the way the hood does not move as the material at the back goes down.

The colour we have is described as coral pink but its more red hence why we chose it for a boy.

I feel very confident traveling with James on my own with this pushchair as I am able to hold James and fold the pushchair up with one hand and carry them both on board a bus. 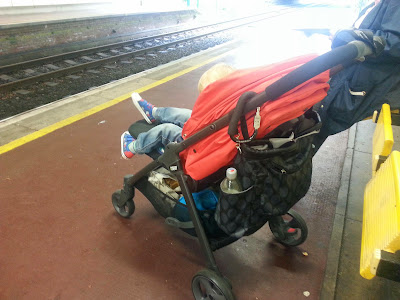