Like most kids his age James is Peppa Pig mad. So when we saw online that Peppa and George were going to be appearing at Royal Quays at North Shields on the May day bank holiday Monday we decided to take James along.

We have only recently moved to Gosforth so thought it would be good to explore via the metro.

Before we went I checked how to get there via the metro and it all looked simple enough so off we went.

James being the typical toddler in his "terrible twos" started kicking off in his pushchair half way to monument where we had to change from the airport line to the coast line. So once we were on the right platform we put his back pack reigns on and let him toddle up and down the platform with daddy.

He soon cheered up once we were on the metro and he was able to climb on the seat between us and spot cars and buses which kept him amused till we got off the metro.

Once he was back in his wheels we put our footdown and walked to Royal Quays. They tell you on thw website to get off at the percy main station but once you are off thats it no signs directing you till you get to the dual carriageway at the bottom of a long road.

Once we were there we had a quick loom round some of the outlet shops then I thought we should get James a Peppa balloon as he had seen other kids with them and tried to make a grab. The ballon was a fiver!!!!! But it did come with a weight on it so big up hallmark cards for being sensible n providing them as well.

James was over the moon to see Peppa and George. He patted George on the nose and hand but his highlight was giving Peppa a kiss!

He then spend the rest of the day playing with his Peppa balloon in our lounge. And even now almost a week later hes still obsessed with the balloon n spends hiurs playing with it. 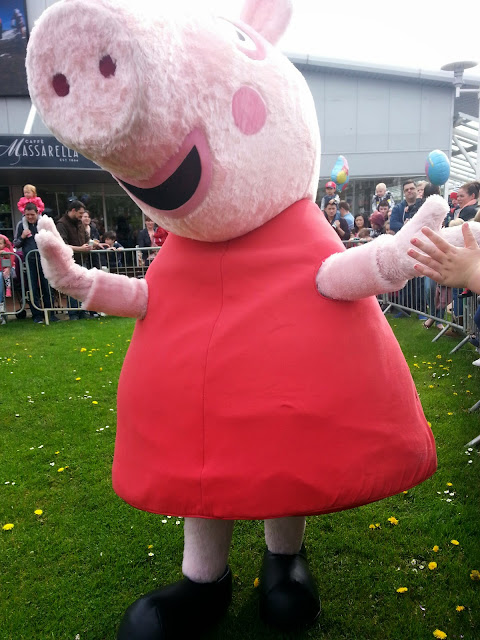 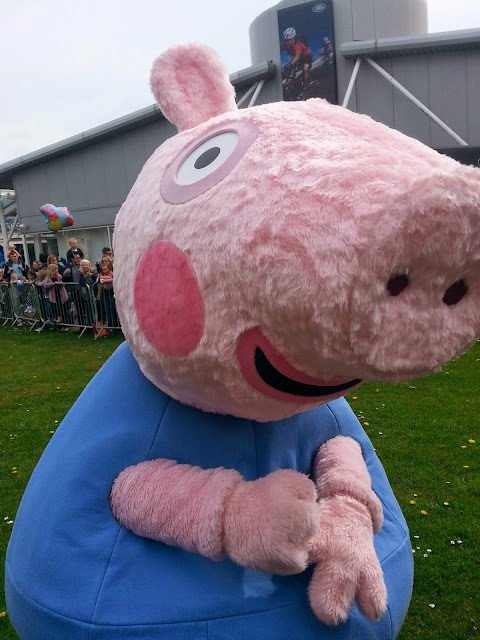