Welcome to the February post for The Siblings Project.

This month my boys have been busy going back to school for James and starting playgroup for Freddie. When they are not in school or playgroup then Freddie is James little shadow. In the mornings as soon as Freddie sees James he goes absolutely nuts and so hyper! However once we get home from school, he still does get a little bit upset some days as he really does miss having him around to play with.

The photos this month were taken one day after school and playgroup. The boys were sat on the sofa watching Cbeebies after their snack, although James was actually still eating part of his! They were both utterly exhausted as getting back into the swing of school and starting playgroup has taken it out of them! 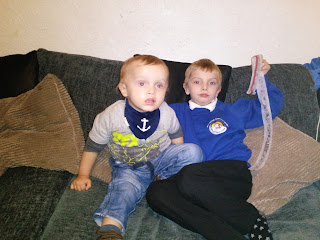 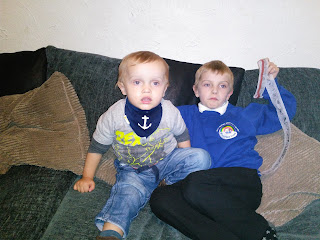 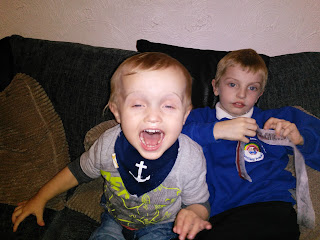 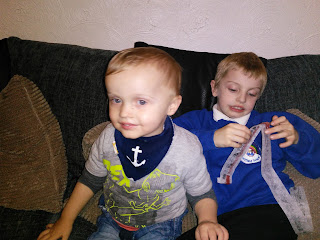 James is not the biggest fan of having his photograph taken at the moment, but Freddie well he is such a poser and if he sees the phone he shouts cheese before you even have the camera app open!