Day twelve has arrived and I am still posting! I am still here and actually doing ok on this whole posting every day!

Today I am going to talk about my two boys and how they got their names! 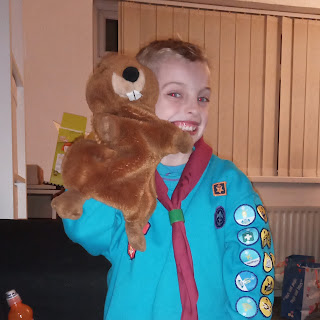 First we have James. His full name is James Ian Michael and he was born on 26th August 2012 at 1634 in Wansbeck General Hospital in Ashington, Northumberland.

His first name of James comes from my granddad - my mums dad, who died long before I was born. If I had been born a boy then James was the name my parents would have used, so I always said if I had a little boy I would call him James.

His last middle name comes from Andy's dad Micheal. We loved the choice and had it settled long before we even thought of kids. And I love the fact his initials spell out JIM as my granddad was known to everyone as Jimmy! 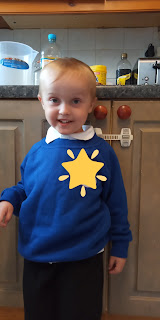 Then we have Freddie! or to give him his full name, Freddie Andrew Tinline! He was born on 25th November 2015 at 1219pm at The RVI in Newcastle upon Tyne.

His first name of Freddie comes from Andy's granddad on his mums side who was called Frederick. We felt this was a bit of a long name for a little boy so we went with the shorter version of Freddie.

His first middle name of Andrew comes from daddy of course. We loved how the two names went with each other.

We knew that with James having two middle names we wanted Freddie to have the same and that was when we decided to use Tinline. That was my granddads middle name and I believe it was his mums maiden name. It felt right to use the name as it then meant both the boys had a name linking them to my mums dad. The poor boy has ended up with the initials of FAT which is quite funny and it really was him when he was a baby as he was quite chunky!

So this is how the boys were named. Has anyone got any interesting reasons behind their kids names? Leave a comment if you have below!
Posted by Victoria Hockley at Saturday, October 12, 2019